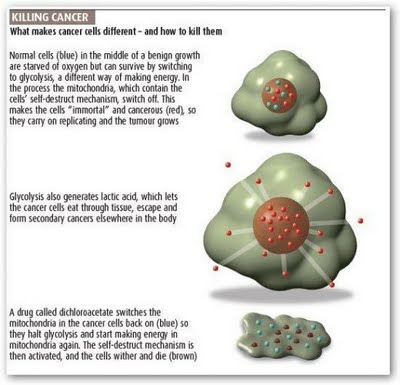 “Canadian researchers find a simple cure for cancer, but major pharmaceutical companies are not interested.

Researchers at the University of Alberta, in Edmonton, Canada have cured cancer last week, yet there is a little ripple in the news or in TV. It is a simple technique using very basic drug. The method employs dichloroacetate, which is currently used to treat metabolic disorders. So, there is no concern of side effects or about their long term effects.

This drug doesn’t require a patent, so anyone can employ it widely and cheaply compared to the costly cancer drugs produced by major pharmaceutical companies.

Canadian scientists tested this dichloroacetate (DCA) on human’s cells; it killed lung, breast and brain cancer cells and left the healthy cells alone. It was tested on Rats inflicted with severe tumors; their cells shrank when they were fed with water supplemented with DCA. The drug is widely available and the technique is easy to use, why the major drug companies are not involved? Or the Media interested in this find?

In human bodies there is a natural cancer fighting human cell, the mitochondria, but they need to be triggered to be effective. Scientists used to think that these mitochondria cells were damaged and thus ineffective against cancer. So they used to focus on glycolysis, which is less effective in curing cancer and more wasteful. The drug manufacturers focused on this glycolysis method to fight cancer. This DCA on the other hand doesn’t rely on glycolysis instead on mitochondria; it triggers the mitochondria which in turn fights the cancer cells.

The side effect of this is it also reactivates a process called apoptosis. You see, mitochondria contain an all-too-important self-destruct button that can’t be pressed in cancer cells. Without it, tumors grow larger as cells refuse to be extinguished. Fully functioning mitochondria, thanks to DCA, can once again die.

With glycolysis turned off, the body produces less lactic acid, so the bad tissue around cancer cells doesn’t break down and seed new tumors.

Pharmaceutical companies are not investing in this research because DCA method cannot be patented, without a patent they can’t make money, like they are doing now with their AIDS Patent. Since the pharmaceutical companies won’t develop this, the article says other independent laboratories should start producing this drug and do more research to confirm all the above findings and produce drugs. All the groundwork can be done in collaboration with the Universities, who will be glad to assist in such research and can develop an effective drug for curing cancer.

You can access the original research for this cancer here.

This article wants to raise awareness for this study, hope some independent companies and small startup will pick up this idea and produce these drugs, because the big companies won’t touch it for a long time.”

a 4 year old story…. DCA has been shown to not only shrink cancer cells, but also cause paralysis, death, shrunken testicles, severe pain…. it goes on and on. DCA is still not an effective treatment because of the potential of dangerous side effects. What’s the point of using a drug to cure your cancer if it kills you too? As a cancer survivor, I am always happy to see true advances in the fight against cancer. But, there is no magic pill, no potion out there that is the cure all of cure alls. Not yet. 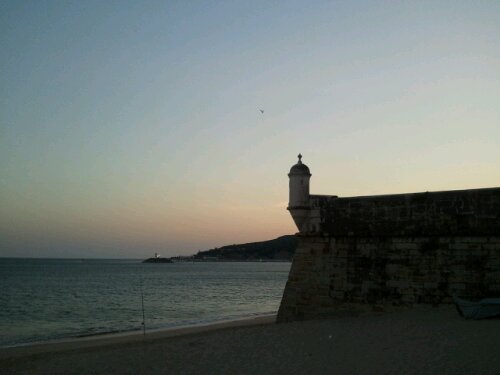 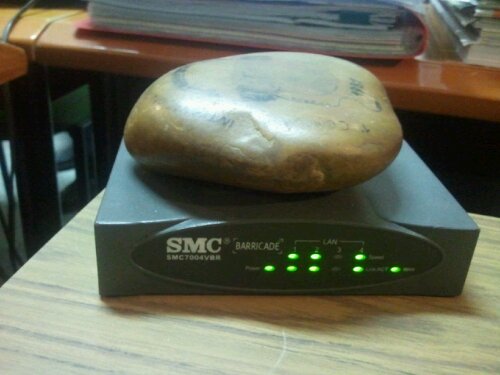